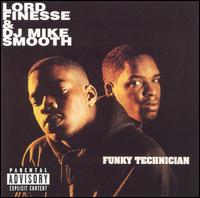 The other day I read an article about the latest great white hope rapper, Mac Miller, being sued by a veteran east coast emcee for $10 million for using one of said emcee’s instrumentals without his permission.  The fact that this instrumental was used on a free mixtape Miller released made me wonder how in the hell the veteran emcee could justify a $10 million price tag on an instrumental that A, he sampled from someone else (and damn sure didn’t pay 10 mil to use it), and B, the song he used the instrumental on wasn’t a huge hit by any stretch of the imagination, nor was Mac’s version, and again, the mix tape was released as a free download, so if Mac Miller aint getting paid why would you expect to see green, Mr. Veteran Emcee?  I guess old disgruntled rappers who haven’t release an album since the mid nineties have to eat too.

I’m now stepping down from my soapbox.

If you haven’t figured about by now who this veteran emcee is (which all you had to do was look at the frickin’ title of this write-up to figure that out…duh!) it would be no one other than Lord Finesse, who is also the founder of the legendary DITC (Diggin’ In The Crates) crew, which produced the likes of, Showbiz & AG, Diamond D, O.C., Big L, and unfortunately, Fat Joe.

on Wild Pitch Records in 1990.  Finesse would release two more albums without Mike Smooth’s assistance, before fading into the sunset never to be heard from again, until the release of Mac Miller’s mixtape, which left Finesse licking his chops seeing this as a prime opportunity to get paid so he could quit his part-time job as a UPS package handler.

is kind of exciting when you look at all the producers involved that would eventually go on to be considered the best in our genre: DJ Premier, Showbiz, and Diamond D.

Let’s see how it sounds 20 plus years later.

Baby, You Nasty (New Version) – Lord Finesse spits his signature boastful punch lines over a vintage Premo instrumental. My only issue with this song is its placement on the album as it would have been a lot more effective to open things up with a more uptempo song.

as Finesse completely demolishes the instrumental.  This is easily my favorite Lord Finesse song of all time.

Back To Back Rhyming – Showbiz provides the backdrop for Finesse and his partner-in-rhyme AG (aka Andre The Giant) for this duet.  Each emcee gets one verse and they both ape this simple but effective instrumental. I still chuckle when I hear Finesse’s line about making the “cripple want to get up and go to this”.  Nice.

Here I Come – Diamond D’s second production credit of the evening is decent but pales in comparison to “Funky Technician”.  There is no denying that Finesse is a lyrical beast, but this is the first song of the evening that exposes his weakness (and certainly not the last): his delivery.  Overall, this was cool.

Slave To My Soundwave – DJ Mike Smooth’s instrumental sounds like something Showbiz would have hooked up, which is definitely a compliment.  Finesse completely annihilates this track, and I love his line ” I drop science like a kid at Catholic school”.  Dope.

I Keep The Crowd Listening – Diamond D’s instrumental is so bland it could be mistaken for Tofu, making Finesse’s verses the perfect fit as they sound like the audio equivalent of an uncooked noodle.  This was definitely skippable.

Bad Mutha – Ah, now that’s more like it! Diamond D and Finesse both make up for the catastrophe that was the last song. If “Funky Technician” is my favorite Lord Finesse song this is definitely number two.  Side note: the liner notes have the “Bad” in the song title spelled “Bud”; I just figured I point that out for no apparent reason other then I find it fun to point out others mistakes and make fun of them.  I’m kind of twisted that way.  Pray for me.

Keep It Flowing – Premo provides a decent instrumental for Finesse and AG’s second duet of the evening, which pales in comparison to their first.  This thought just occurred to me: who would have thought Premier would have been out produced on an album by Showbiz, Diamond D, and… Mike Smooth?  Wowzers.

Lesson To Be Taught – I’ve always loved this Premo instrumental.  Finesse takes a break from the boasting to drop his “message” song, and his delivery completely falls a part, proving that Finesse is a much better battle emcee than storyteller.  Kudos for trying to mix it up, though.

Just A Little Something – For some reason Finesse sounds best over Showbiz instrumentals. He uses this simple but effective beat to drop one verse, slam the mic to the stage a la Chris Rock, before getting the hell out of Dodge.  Nice.

Strictly For The Ladies – Premo’s back in the production saddle for this one and he doesn’t disappoint.  Finesse uses the majority of this banger to explain how smooth he is with the ladies, before it oddly turns it into a Public Service Announcement for safe sex near the end.  All in all this was pretty entertaining.

Track The Movement – I’m on the fence with this Premo instrumental:I love the sprinkled in piano sample but there are several stretches that feel empty. Finesse sounds decent enough, but this wasn’t the best way to end the evening.

When you combine an emcee with Finesse’s wit and lyrical ability with production from some of the greatest hip-hop producers of all time, more than likely the results are going to be favorable, which definitely rings true for Funky Technician.

is not life changing, groundbreaking, or without flaws, but overall will provide enough to satisfy your true school taste buds.