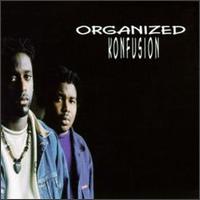 The east coast produced several legendary groups and emcees in the nineties. Many of whom are still recording and releasing music independently today, and even more that are able to tour all over the world performing their classics from back in the day. One group from the east that came up in that era but is often overlooked and forgotten (and many would argue underappreciated) is Organized Konfusion.

Hailing from the Southside of Queens, New York, Troy “Pharoahe Monch” Jamerson and Lawrence “Prince Poetry” Baskerville, were childhood friends who begin rhyming together in the mid eighties. Originally, Prince Po was the emcee and Monch beatboxed for him, until one day they noticed Monch had undeniable mic skills (even better than Po) and should be rhyming next two his partner. The duo continued to grow and would eventually record and shop their demo with the help of the now late Paul C. Originally, the duo went by the name Simply II Positive MC’s, but thanks to Russell Simmons, who was looking at signing them to Def Jam, convinced the duo that the name was wack and they should change it, to which they conceded, and Organized Konfusion was born. Thank you, Russell Simmons.

received positive reviews, even though it failed to produce any charting singles or move a ton of units.

I bought Organized Konfusion years after it was released and only remember listening to it in full once before today, and honestly I don’t remember much about it. Which might be a premonition of this listen.

Fudge Funk – Organized Konfusion opens with a brief, but pleasant instrumental to start things off.

Fudge Pudge – This was the second single released from the album but my first introduction to the duo. I first heard this song on the local Saturday night hip-hop radio show around my way back in the day, as it made it on to one of my radio recorded mixtapes. Adam Ant Anton plays live piano that gives the song a mellow feel that makes for suitable midnight marauding music when placed over the sneaky and infectious bass line. Monch and Prince Po sound decent, but definitely don’t bring their best verses to the party. It’s probably worth noting that O.C. makes a cameo appearance on this song, which is his official introduction to the world. Wait, did he really say “badder than”?

Walk Into The Sun – Monch and Po use this one to discuss pretty much any and everything under the sun (pun intended). Or as Monch puts it “there’s no specific topic of speech in this rhyme”, so don’t hurt your brain looking for a deeper meaning in the song title. Our hosts invite female vocalist, simply credited as Vicky, to sing the hook over an instrumental that spews good summertime vibes.

Releasing Hypnotical Gases – The title could also describes what I did after eating Taco Bell the other night. I digress. Our hosts dive into conspiracy theories and apocalyptic events as they discuss chemical warfare brought on by our own government, terrorist attacks, and God himself. Props for venturing outside of the normal subject matter. I mean, how often do you hear rappers discuss chemical warfare? Too bad the instrumental was boring as shit.

Audience Pleasers – Over a solid mid tempo groove Monch and Po talk their shit, and even make reference to their original group name during the hook (Simply II Positive MC’s). It’s safe to say they made a wise decision by going with Organized Konfusion instead. This was cool.

Jiminez Criqueta – I hate when rappers put interludes on their albums that are inside jokes, so all of us outsiders feel left out. Meanie faces.

Prisoners Of War – Monch and Po unleash a verbal assault on any one within earshot, and they will take prisoners. Both emcees sounds nimble on this track. Unfortunately, the instrumental is as bland as faucet water.

The Rough Side Of Town – I had this on one of my mixtapes back in the day as well. Our hosts paint pictures of their childhood habitat, South Queens, New York. The instrumental has a rugged feel that matches their content, with a well placed xylophone sample sprinkled strategically throughout the song.

Organized Konfusion – On this title track Monch and Po again prove they are more than capable emcees. The instrumental sounds a lot like the one used on “Prisoners Of War”, so there was that problem.

Roosevelt Franklin – Monch and Po loop up a portion of the Weather Reports “125th Street Congress” record as they paint the picture of the dualities in the life of a fictional character (I think?) named Roosevelt Franklin. Po takes the first verse describing the nerd like tendencies and the demons that haunt his buddy Roosevelt. Monch then takes on the role of Roosevelt which gives a deeper perspective into what causes the conflicts that battle inside the smart but troubled kid. It sounds more interesting on paper than it does on wax.

Who Stole My Last Piece of Chicken? (Remix) – In an attempt to live up to their name, our hosts place the remix of this song before the original in the sequencing. Monch and Po use this one to reminisce about their childhood with the centerpiece of their memories built around their momma’s cooking of chicken. This was so-so.

Open Your Eyes – Organized takes it to church as they advise the listener to wake up and see what is going on through the spiritual lense. They even invite the Merrick Park Baptist Gospel Choir to sing the hook. I like this one.

Intro – Weird place to put an intro, right? Then again, they don’t call them Organized Konfusion for nothing. Over a funky mash up Monch and Po introduce themselves in entertaining fashion as they tag team the mic on some WWE shit and play off of each other nicely.

Who Stole My Last Piece of Chicken? – The original mix (which was also the lead off single) not only has a different instrumental but Monch and Po spit completely different lyrics as well. Unfortunately, like the remix the results are only average.

Organized Konfusion is a mediocre effort from two pretty talented emcees. There is no denying their lyrical ability (especially Pharoahe Monch’s), but at times during the album they can come off overly abstract or spit shit that sound like its beneath emcees of their caliber. The biggest problem I had with Organized Konfusion was the inconsistent production. There are a handful of dope backdrops but the majority of the instrumentals hang out in the average to bland district. Thank goodness they would harness their potential and fair much better the second time around (future spoiler alert).