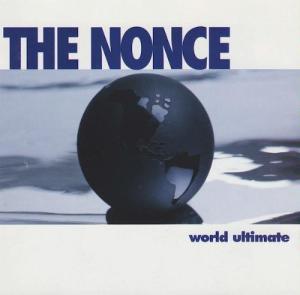 The Nonce (which is an old English word that means the one (or in this case: “the ones”)) was the L.A. based duo made up of Nouka Basetype and Yusef Afloat. After graduating from high school the two hip-hop heads, who were both deejays first, decided to start rhyming, formed a group and started recording music. They became a part of a larger L.A. based underground hip-hop collective called Project Blowed, which also included Aceyalone (from Freestyle Fellowship) who was also co-founder of the crew. After making some noise on the underground scene, The Nonce would eventually sign to Rick Rubin’s American Recordings label where they would release their debut album, World Ultimate.

The Nonce would handle all of the production work on World Ultimate, which included a few singles that would make a little noise on the hip-hop charts. World Ultimate wasn’t a commercial success and it would take years before most agreed that it was a critical darling. In 2012, the UK publication Fact called World Ultimate one of the “Most Overlooked Hip-Hop LP’s of the 90s”.

The Nonce would release another project in ’98 (which we’ll get to someday), but that would be the last music we would get from them as a duo. On May 21, 2000, Yusef Afloat was found dead on the side of Highway 110 in Los Angeles. The cause of his death has never been confirmed. He was only 28 years old.

On The Air – The first song of the evening features an airy backdrop with a soothing reoccurring sax loop that Yusef and Nouka each spit a verse over, showing gratitude for the opportunity to share their music with the world. The relaxing instrumental suits the duo’s vocal tones and sounds like something Drake would use if he came up during the mid-nineties.

Keep It On – The Nonce pick up the tempo and energy a bit with this melodious, refreshing and breezy backdrop, as Sef and Nouka continue to spew their serviceable abstract rhymes. This delectable instrumental is the audio equivalent of a never ending orgasm.

Bus Stops – This was the second single from World Ultimate. Nouka and Sef dedicate this one to all the fly honeys out there at the bus stop, malls or cruising around the city in their fly whips. Aceyalone stops by to play a radio deejay during the hook. It would have been nice to hear him spit a verse, but whatever. The drowsy jazzy backdrop is cool, and fits the vibe The Nonce has created to this point.

The West Is… – The Nonce invite a few of their friends (Butta B and Meen Green) to join them on this cipher joint, giving some local emcees a chance to shine on a bigger stage and rep for the West Coast. No one’s verse was mind blowing, but if I had to choose a winner (as I like to do with posse joints), Butta B walks away with the gold, giving merit to one of my favorite Jeru The Damaja lines: “I heard some emcees wanna bring it, but a female is one of their strongest men”.

Mix Tapes – This was the lead single and the reason I bought World Ultimate in the first place. The duo hook up a dope mid-tempo bop as Nouka takes a stroll back to the days when he was a DJ making beats and rockin’ parties. Yusef tacks on a third verse, just so he wouldn’t feel left out, I guess. The hook is catchy (and would have sounded even better if they got Nate Dogg to sing it) and the instrumental will keep your head bobbin’.

Testing – Short interlude that Sef and Nouka use to do a mic check. It was kind of weird to hear a mic check halfway through the album, but at least the jazzy instrumental playing underneath them was pleasing to the ear.

World Ultimate – The Nonce lay down a laid back jazzy instrumental built around a dope piano loop, as they continue to take turns flexing their abstract rhymes. By this point it’s pretty clear that Yusef is the stronger emcee of the two.

Good To Go – Our hosts get on their emcee shit with this one. Yusef and Nouka are in battle mode, throwing verbal darts at all wack emcees and “bitch ass niggas” over a slick jazzy backdrop. They also turn a classic EPMD line (shout out to Parrish Smith) into a catchy hook.

On The Road Again – No, this is not a remix of Willie Nelson’s classic, but instead it’s Sef and Nouka talking about life on the road doing shows. I absolutely love the creamy instrumental and the breathy and soothing singing by Figures of Speech on the hook.

Hoods Like To Play – This is probably my least favorite song on World Ultimate, but the instrumental is still pleasing. Especially the perfect sprinkling of that horn loop throughout the record.

J To The I – This is a PSA on safe sex. Over a mellow backdrop our hosts each spit a verse about the importance of putting a sock on jimmy before you poke the punani. Well done, fellas.

Eighty Five – Over yet another airy melodic backdrop, Nouka spits one quick verse dedicated to the mid-eighties. I could listen to this instrumental all day and never get tired of it.

Mix Tapes (1926 Sunday Night Remix) – The Nonce sample the same Moments song that T-Bone sampled for Kam’s “Still Got Luv 4 ‘Um” for this laid back remix that definitely sounds like something you would listen to on a Sunday night as the sun sets if you lived in Cali in the mid-nineties. They recycle Nouka’s verses from the original, but Yusef adds a new verse. Great way to close the album.

The Nonce’s spacious and jazzy brand of production on World Ultimate is soothing, relaxing and the perfect soundtrack for quarantining on a cloudy overcast day. Yusef and  Nouka are far from top tier emcees, but their abstract rhyme patterns and tenor vocal tones sound appropriate over their laidback production. World Ultimate is definitely an overlooked gem from hip-hop’s golden era.